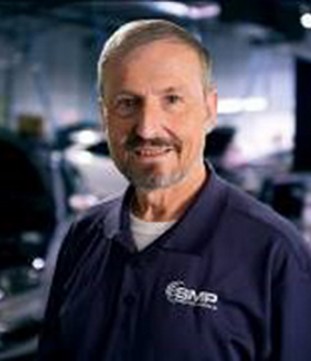 Bob began his automotive career in 1980 after spending eight years in the U.S. Marine Corps. He attended Chemeketa Community College in Salem, Oregon where he received an Associate of Science Degree in Automotive Technology. Two years later he opened his first auto repair shop and operated the business until 1989. After selling his business, Bob moved to Seattle to take a position as the District Training Manager for Allen Test Products. While in Seattle, Bob purchased another repair shop on Bainbridge Island and ran that until 1998 when he decided to get out of the rain and move to Phoenix. Bob took a store manager position at Midas upon arrival and within two years became the general sales manager for an eight-store franchise. While at Midas, Bob finished his Bachelor’s Degree in Business Management. “I have worked with automotive technicians most of my adult life and find it a true reward to be in a position to give something back to an industry that both deserves and is in need of the type of training Standard Motor Products can deliver”.